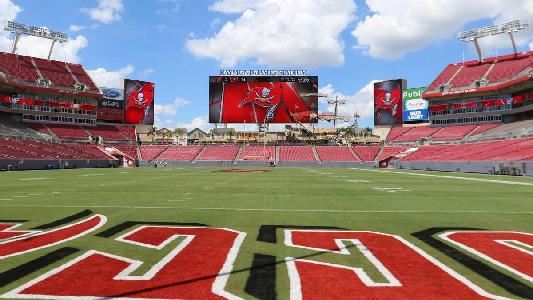 is home to the Tampa Bay Buccaneers, University of South Florida Football, the Outback Bowl and the Monster Jam.  The stadium has hosted the International Indian Film Academy Awards (IIFA), Super Bowl XXXV and Super Bowl XLIII, as well as many superstar  concerts such as Kenny Chesney, US, Beyonce, One Direction, and Taylor Swift.  Raymond James Stadium hosted the 2017 College Football Playoff National Championship, which marked the first time this event had been hosted in the southeast United States.

Members of the NFL Players Association have consistently rated Raymond James Stadium's field as the best in the league, and league insiders refer to the stadium as the 'crown jewel' of the NFL.  Following the completion of the initial phase of $140+ million multi-phase renovation in 2016, Raymond James Stadium now boasts the most technologically advanced HD video system in use today.  It is comprised of two massive 9,600 square-foot boards on the north and south ends of the stadium - and four large 2,300 square-foot HD tower walls.  With more than 31,000 square feet of video display space, this system ranks as the third-largest video board system in the NFL.  The new sound system has 400+ speakers throughout the stadium, providing 750,000 watts of power and connecting over 30 miles of cable.  The new video boards and sound system take a fan's game experience to a whole new level.